Awarded “Bridge Project of the Year” by ASCE to S2 Engineering, the North Milliken Grade Separation Project includes a roadway and railroad track grade separation at the Milliken Avenue and Union Pacific Railroad (UPRR) Alhambra Line crossing located in the City of Ontario. Currently there are more than 36 freight trains traversing Milliken Avenue averaging 5 minutes each, with estimates for more and longer trains in the future. This vital crossing was ranked 8 of 75 in priority on the California Public Utilities Commission (CPUC) Section 190 Grade Separation Priority Study list. The primary goal for this project was the ability to separate the train traffic from the vehicle traffic on Milliken Avenue with minimal disruption to existing traffic flow and without severing access to any of the surrounding businesses. As a result of a constructability review, the project was redesigned to use a proprietary type of MSE walls known as “T-Walls”. With the use of a special double ended T-Wall, the south half of the bridge was constructed first. The north part of the double ended T-Wall acted as a shoring (retaining) wall allowing the tracks to be placed on the fully constructed ramps and over Milliken Avenue Bridge thus eliminating the “at grade” crossing 14 months earlier than anticipated. 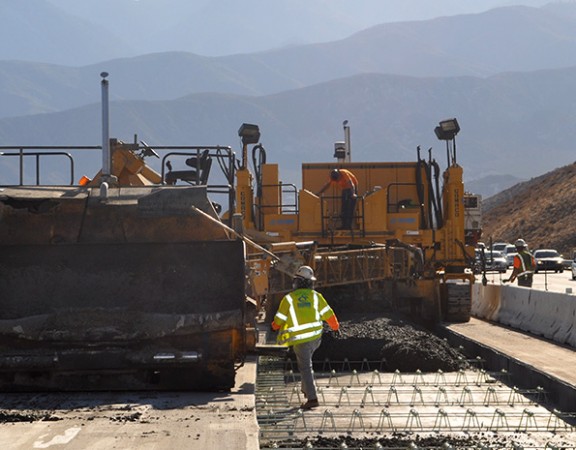 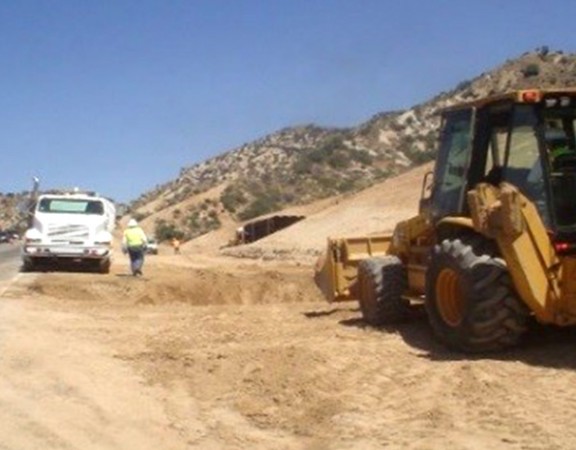